It does not really matter where the prisoner of his own fear is. His cell does not have an exit, nor has his situation a resolution. By fearing our true selves, we constantly carry our cells with us and the only world which remains is the world of our images of what would happen, if…

A dance performance of an Austrian choreographer Helene Weinzierl Habibi Problem was inspired by a true story of two Iranian gay teenagers and their problems caused by the inacceptable otherness of their love. While one of them was killed by the authorities of his own country at the age of 17, the other lived in the UK exile under a constant threat of deportation back to his land. Ten years later, Slovak choreographer Yuri Korec, who is the co-author and performer of the original version of this work, presents a renewed dance performance called Habibi 2196-18 within the context of the question of otherness in the Eastern European region.

The following performance reviews were generated within the project Dance Season 2018/2019 - a Slovak nationwide project of analyzes of contemporary dance performances and discussions, which was supported using public funding by Slovak Arts Council.

A re-enactment of the 2008 choreography on repression against gay people, which forces us to consider how the interpretation and social situation have changed in 10 years. Performance is a reconstruction of the relationship of two men, young lovers, persecuted for their sexual orientation. There is only one dancer on the scene - and we are fascinated by his concentrated, resigned expression, as if he knew what awaits for him, as if he was being pulled while lying on a cold prison bed, when he gets up. He is very precise, but at the same time he looks as if it was not him, who moves, but as if he is being pulled from all sides. Like in a society where even your own neighbor denounces you. Betrayal can come from anywhere.

An interesting contrast between video and dance on stage, fascinating work with the space. The incredible fluidity of Lukáš Záhorák's movements stuck in my memory, as if he was melting over furniture, sometimes even drowning. 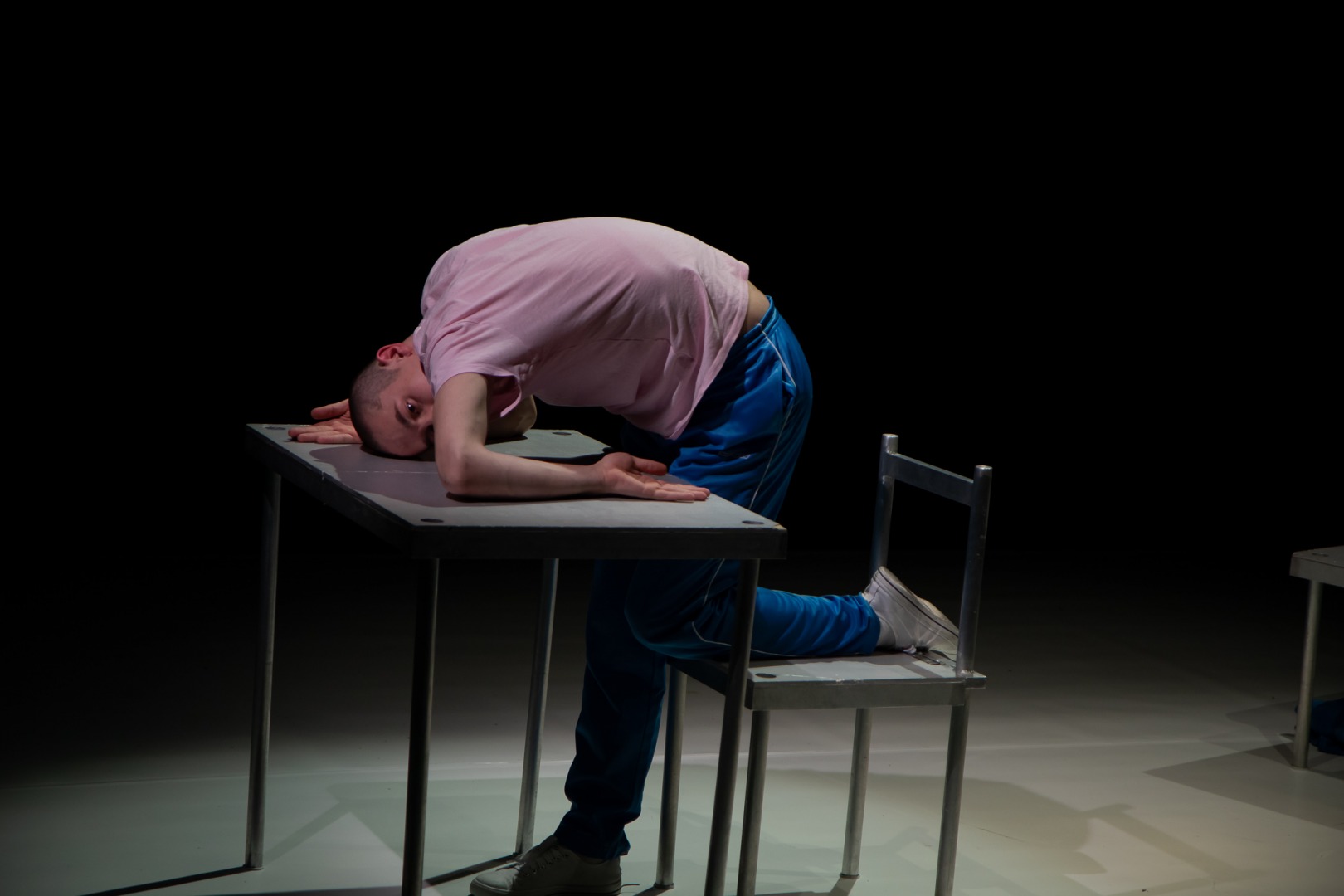 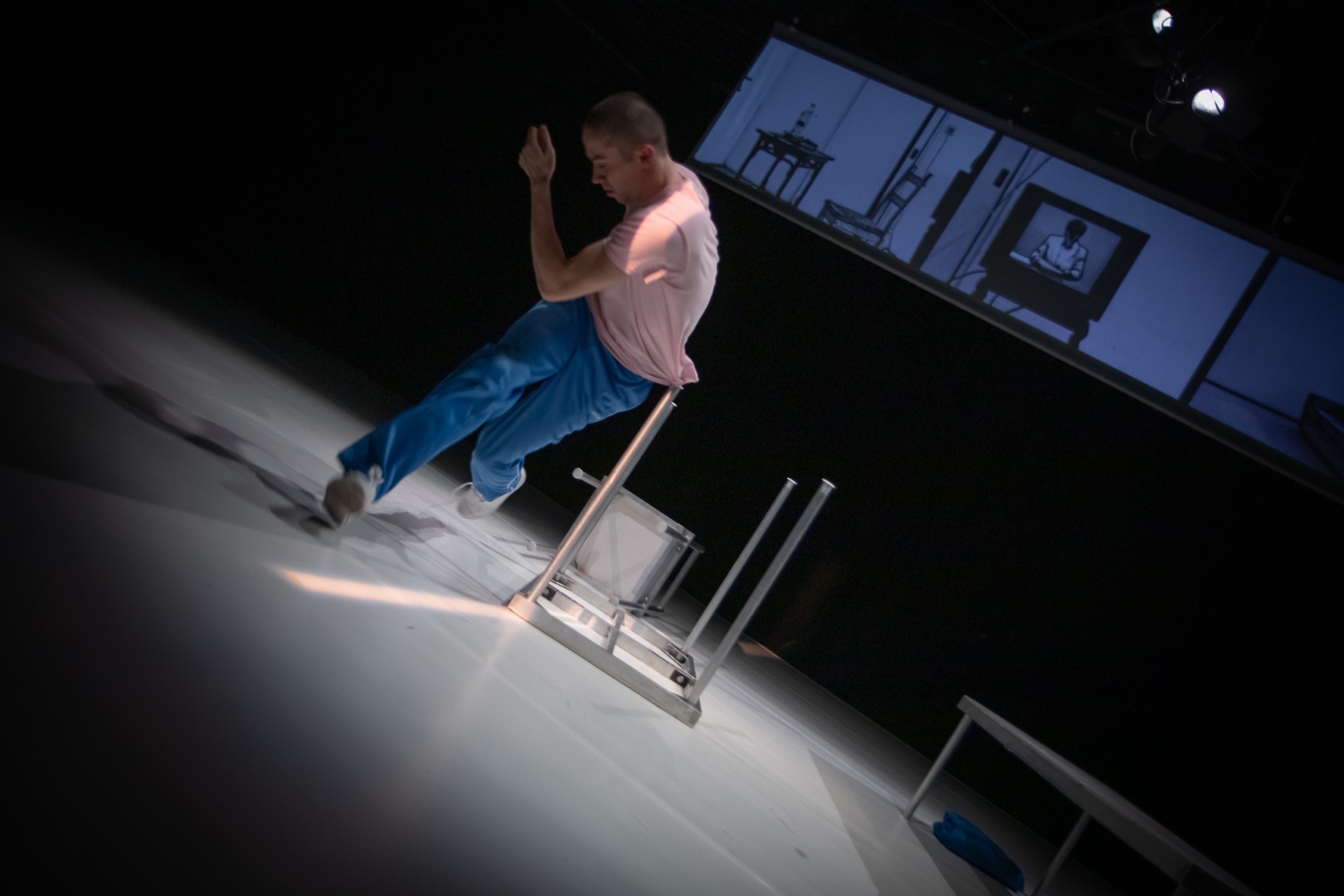 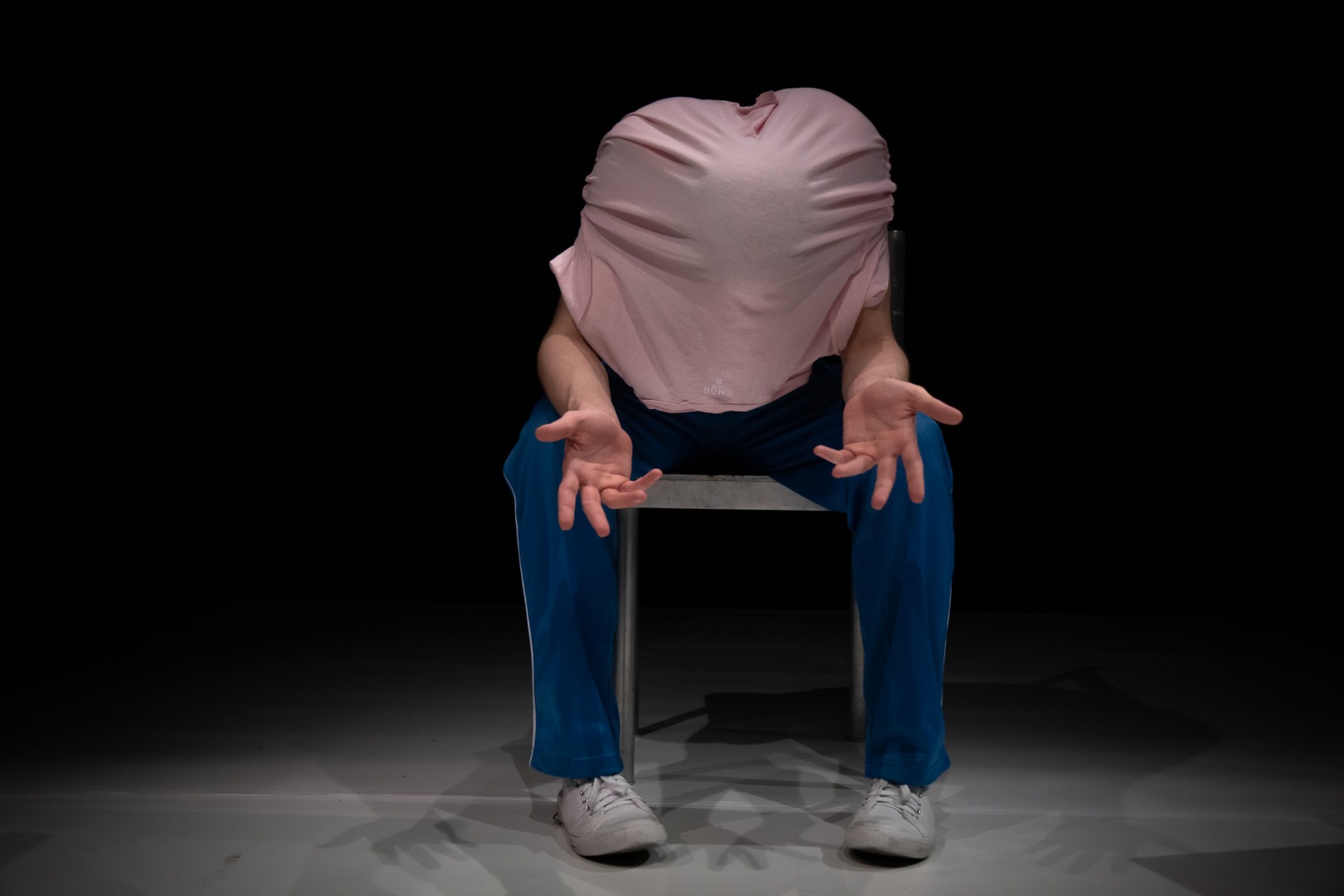